Two Weeks to the Last Book In the Iron Hammer Series (and excerpt!)

Two Weeks to the Last Book In the Iron Hammer Series (and excerpt!)

I’ll have a lot more to say about this book and the writing of it on release day.  For today, let me just say that I’m seriously glad the series has ended, from a marathon writing perspective.  And I just know I’m going to go into withdrawal, soon.  Danny and her friends have been around for a long while, now.

As we’re two weeks out from the release date, it’s time for the first chapter, as always.

READER ADVISORY:
If you’re new to the list, or if you’ve not been reading the series and haven’t yet read Federal Force, then don’t read this first chapter.  There are massive spoilers for the last book.

Maybe bookmark the page on my site, or save the email for reading when you’ve completed Federal Force.

Warning done.  Now, let’s get on with the good stuff.

When I wake from sleep, I have a sense of time passing. Of dreams and stirring. This time, though, there was nothing. Blankness lay behind me and I couldn’t couple up going to bed with this moment of waking.

Something not-good had happened. That was my first, panic-tinged thought.

I knew the voice. Low contralto. Pleasant. A hand picked up mine. Squeezed a little. A second hand rested over the top of mine, warm and alive.

I opened my eyes and instantly shut them again, hissing at the pain. I’d seen nothing with that quick blink but glaring light.

I cautiously opened one eye by the slightest amount, until I saw light between my lashes. It didn’t hurt, this time. The light was a deep orange, almost brown. Cautiously, I opened both eyes.

Elizabeth stood beside the table, her eyes grave, but warm. Behind her was a room that looked like every therapy unit I’d ever seen—what I could see of it, at least. It was mostly in deep shadow.

I was on my back. I guessed I was on a therapy table because of the room and because Elizabeth wasn’t bending to reach me. It was her hands holding mine. A cover laid over me, hiding everything but my arms, sterile and clean.

Elizabeth wore spacer clothes, not her usual business gown. She gave me a small smile. “Welcome back.” She looked like she wasn’t getting enough sleep, but that was standard for her.

I tried to speak and felt an odd resistance to moving my mouth and jaw. “Back to where?” It came out slushy and ill-formed, which gave me another big clue. “I died?”

Lyth Andela stepped up next to Elizabeth. Black eyes, black hair, pale flesh. He’d lost all the grey in his hair that I remembered from the last time I’d seen him. He looked young again. His smile was as brief as Elizabeth’s had been. “What do you remember last?”

“Lyth…hi.” I was already tired, just from speaking a few words. “I’m on the Lyrhys?”

“You are,” Elizabeth said.

“Didn’t know it had a transfer facility.” I wanted to roll over and go right back to sleep.

“We built a unit,” Lyth said. “Just for you. Although Elizabeth wants to keep it, for others caught in Union space.”

Too much information. Too many big holes in my understanding to make sense of it. “I died?” I repeated. “I don’t remember…”

“What do you remember?” Elizabeth asked. “What is the last thing you recall?”

I reached back. The Glory. Battles. Too many to distinguish any of them right now. Terrans. War. Motherships. The Senate…facing the Senate. No, a Senate committee hearing. Judging me.

Going back to the Glory, dogged by a small man with too many muscles and a smile that didn’t reach his eyes.

Lyth let out a breath. “There you go.”

“I shot him,” I added. My jaw and throat and tongue were aching, now. They’d never been used before and weren’t used to working. “And Rayhel shot me!”

A throat cleared. Rayhel Melissa stepped closer to the bed, so I could see him. “No offence, Danny.”

I tried to sit up and was mildly astonished to find that I could move my hands, but I didn’t have the strength to sit up, yet. That would come, though. I’d seen too many other people through their first days after transferring to a new clone body and knew how it worked. I fell back, as the table moved to prop me up.

Rayhel wasn’t smiling. But, for a man who had technically murdered me, he didn’t look worried, either.

“You fucking killed me!” I railed at him.

“A fervent, long held-dream of mine,” Rayhel replied.

I gawped at him.

He rolled his eyes. “It was the only option that would let us explain Barath’s death and have the Senate accept it.”

“And they did accept it,” Lyth added. “Especially once Jai produced old Imperial Shield records revealing Barath’s true character and why he was drummed out of the Shield. It made his attempt to extort you into paying him for his silence look natural.” Lyth’s smile appeared and evaporated. “The Senate apologized.”

I raised my hand. It worked properly enough to rub the corner of my eye. “Bet they’ve got another watchdog lined up, though. Is that why I’m on the Lyrhys?”

“Yeah.” I looked at the back of my hand. No raised veins, no scars, nothing but smooth, pale and young flesh. “What am I, sixteen?”

“We had to bring your clone online before it was fully matured,” Lyth said. “It’s around twenty standard human years in development.”

“Fabulous,” I said. I preferred to look like I knew what I was doing. No twenty-year-old I’d ever met had a proper grip on the way life worked, which didn’t inspire others to follow their orders. “Wait. You had to bring it out of development early? I’ve had a clone waiting in the wings for years.” I looked at Lyth. “Spill it. What’s going on?”

All three of them looked at each other. That didn’t inspire confidence, either.

Elizabeth said, “The best way to explain this is to start by telling you that Barath’s shooting happened fourteen months ago.”

A whole year, plus. I drew in a slow, deep breath, absorbing that. “Something happened to my waiting clone?” It would explain why they’d rushed a new one into service.

“No,” Lyth said. “It’s fine.” He hesitated. “In fact, we transferred you to that clone the day after the shooting.”

I could feel my thoughts slowing down. I picked out the implications, trying to put it together, but there wasn’t enough information there, yet. “Better spill the rest.” My voice was hoarse and not just because I hadn’t used it much.

Lyth spread his long fingers and smoothed out the sheet lying over the edge of the table, concentrating on it. “You’ve been commanding the Glory and the Marine Force for thirteen months.”

I stared at him. “You mean there are two of me? What the hell? What the fucking hell?” I tried to sit up again, and pummeled my thigh in frustration. It didn’t hurt much, because I had no strength. “That’s against every tenet and rule and fucking law the Laxman Institute codified, right in the very beginning, when you first opened up transfers to the public!”

Elizabeth was watching me carefully, which warned me to rein in my fury. Okay, so it was fear, most of it, but I got mouthy when I was scared. Too bad. “What have you done?” I demanded of Lyth. “And why?”

Rayhel crossed his arms. “It’s simple. The other you, the one on the Glory, can’t do a damn thing that isn’t monitored by the Senate, who don’t know, who can’t know what we’re doing here in the Terran Union. She has a new watchdog. One chosen with Marine approval and massive background checks, but a guard is a guard.” He shrugged.

“We’ve been working without you, for a year,” Lyth said. “But we’re not progressing, because you weren’t here. The agents in the field want you. They won’t report in if it’s not to you. It makes them uneasy that you’re stuck on the Glory and aren’t covering their backs.”

Elizabeth added, “Every Carinad and every Terran we’ve turned, all our agents in the Union, need to know we’re working just as hard as them. It will give them the courage to continue. It became imperative that we bring you in.”

“Which we couldn’t do, not without telling the Senate and all their sub-committees what we’re doing here,” Lyth added.

“All their sub-committees and whatever spies are reporting back to the Terrans,” I breathed. I was calming down. “I’m illegal. A copy.”

Lyth nodded. “But you’re an essential copy. When we do go back to Federation space, you’ll have to lie low, but we’re spending more and more time in the Union now, so that won’t happen very often.”

“When you’re stronger, we’ll give you your memories from the last year,” Elizabeth said. “You’ll need them, and it will let you catch up quickly.”

“We think it best that she does. It will help her plan the war effort, if she’s in on everything,” Lyth said.

“So we’re both going to suffer through migraines every time I arrive back in Federation space,” I muttered. “I hope she thinks it’s worth it. I presume this was her idea?”

Rayhel smiled one of his nasty smiles. “She left you a message. We set up a secure message board where the two of you can coordinate.”

“Great,” I muttered. “Not only do I have my conscience yapping at me, but now I’ll have her, too.” I sighed, and put a hand to my belly, which was flat, taut, and very empty. “What do I have to do to get a steak, around here?”

Danny and the Carinad worlds fight for survival.

The underdog Carinad forces face an enemy who knows nothing but war, whose culture is built upon the glory of battle.  As the Slavers fall upon the vulnerable Carinad worlds, Danny and her allies work to find a way out of the no-win scenario they face…

Redline Rebels is the eighth and final book in the Iron Hammer space opera science fiction series by award-winning SF author Cameron Cooper. The Iron Hammer series is a spin off from the acclaimed Imperial Hammer series, and features many of the characters and situations from that series.

Redline Rebels is available for pre-order everywhere.  And don’t forget that if you preorder direct from me (on the Stories Rule Press site), then you get your copy of the book a week earlier.  That is, next Thursday.

Buy From Me on SRP (DRM Free!)
Buy from your favorite other retailer! 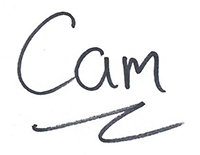 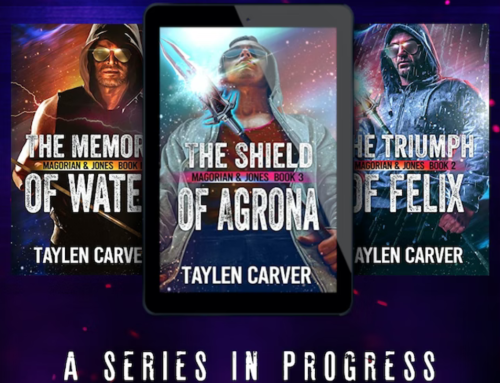 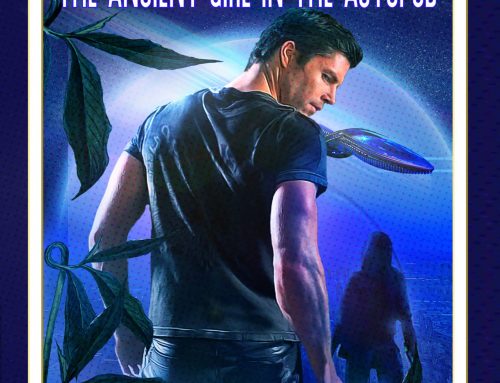 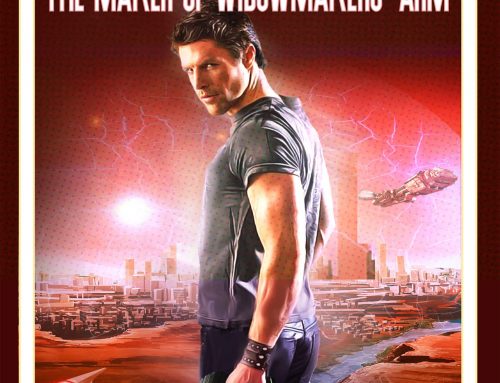